The Big Blur - or when work and life just merge into one never ending treadmill ….and what governments overseas are doing to ban its spread. 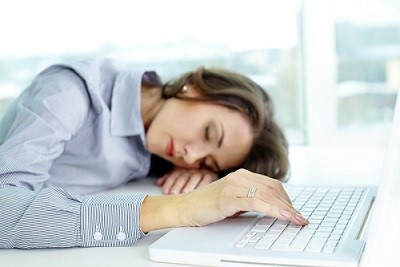 Recent studies (Towers Watson 2014 Global Workforce Study) have identified that Australian workers continue to be more disengaged with their job than the global average. Constant intrusion into life through checking phone and email relates to one key element of engagement which is Energy. In the study, employees reported a high level of Energy when they perceive their work environment actively supported physical, emotional and interpersonal well-being. Taking the findings of the study, employees with low levels of engagement directly affected by a lack of Energy made up 52% of those surveyed.

So could the Big Blur, or, when the work day never ends – be a key reason why Australian workers are so disengaged? While there are guidelines in the Fair Work legislation, they stop a long way short of what is happening overseas. Germany has dealt with the issue very efficiently. It is already illegal for employees to contact staff during holidays and several major companies (Volkswagen, BMW) have implemented their own restrictions on contact out of hours. Daimler have taken it one step further, installing software on its systems which automatically deletes emails sent to staff out of hours.

The trailblazers on the 35 hour working week, the French, have also brought in rules about work email sent out of work hours to make sure the limits of the working week are enforced. The UK has some restrictions – an employee can’t work more than 48 hours a week averaged over 17 weeks. But it’s hardly restrictive and there are significant exemptions - emergency services, senior executives, security and surveillance, domestic servants, fishermen and waterway workers.

In the US, the big blur doesn’t seem to have made it onto the radar or even work life balance itself. An Australian based HR Director in a US parent company was telling me about the attitude of the US senior executive team toward their meagre two week annual leave allowance. Rather than ‘seizing the day’ and making full use of this time, it was considered a badge of honour to be (sigh) far too busy to take any annual leave this year. A London banking executive who moved to New York realized that his courteous desire to avoid contacting colleagues out of hours was out of date and out of step. He worked late in the night but would draft emails to send in the morning when his colleagues were back in the office. He quickly realized that no-one else followed this rule and he was expected to be ‘switched on’ and sending emails no matter what the time.

So what hope do we have here in Australia? In the banking world we are victim to being far, far away and key markets wake up as we are preparing for bed. A good friend in Melbourne who works in financial services has a boss in London who expects a response to everything in a few hours. His wife told me “it used to be we took the three kids on holiday to spend time with them but now we take the Blackberry as well.”

Even having an office in Perth if you’re in Melbourne or Sydney based means a stretch in hours. And it’s so tempting to stay at work a bit longer, just to check, just in case an important email has come through.

The irony is that until Australian employers realise they can’t expect employees to be constantly switched on, their staff are going to keep (emotionally) switching off.